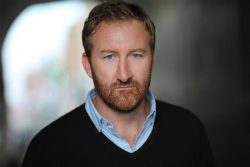 TV & Film skills are hugely beneficial to musical theatre performers and learning these first-hand from an actor as experienced as Jamie is invaluable for all age groups.