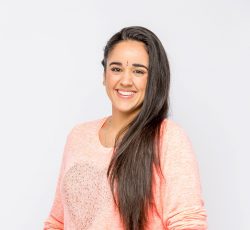 Sita is a creative practitioner working across theatre, television and film.

Most recent theatre credits include: Director of The Rose and the Bulbul (Stockwood Park); Assistant Director of Peter Pan Goes Wrong (UK tour).

She has produced and directed multiple film series for the National Theatre. She has worked for the Royal Shakespeare Company, New Wimbledon Theatre and National Youth Theatre. She has recently submitted her PhD thesis at the University of Warwick and holds a Masters in Movement Directing and Teaching from the Royal Central School of Speech and Drama.

Sita delivers fantastic workshops for younger students. She combines some “Milkshake” style song and dance routines with Bollywood musicals (such as Andrew Lloyd Webber’s Bombay Dreams), as well as character work, and learning dance routines Sita has performed on television.